The play is based on a famous fairy tale of A.S. Pushkin. "A tale of a dead Princess and seven Knights", this is one of the most magically written tale by a great poet, so the performance itself is laced with magic. It is underlined with an artistic decision, and lighting effects, as well as unexpected directing findings. Unusual for a play puppeteer technology. Dolls move on a specially equipped stage by use of magnets.

Static positioning of the figures underlines the dramatic events developing onstage. Despite the abundance of fantasy characters, the play employs only 2 actors: he and she. Dancing, singing live, dialogues, emerges into a thinly woven intrigue - all of which gave authors the basis to recommend the show for older children . For younger viewers the tale has a collective reading. 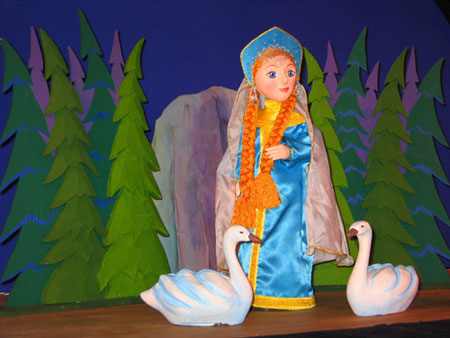 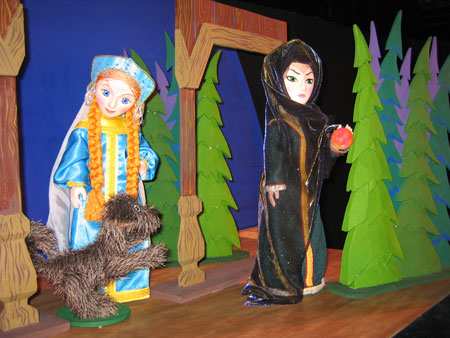 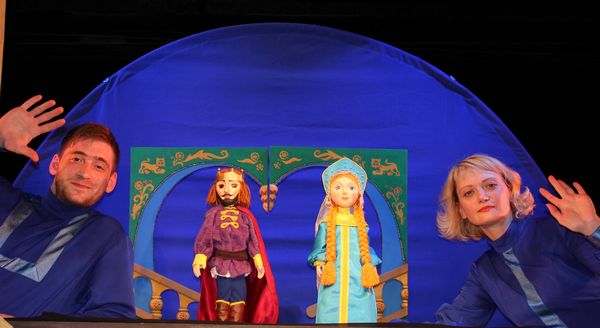 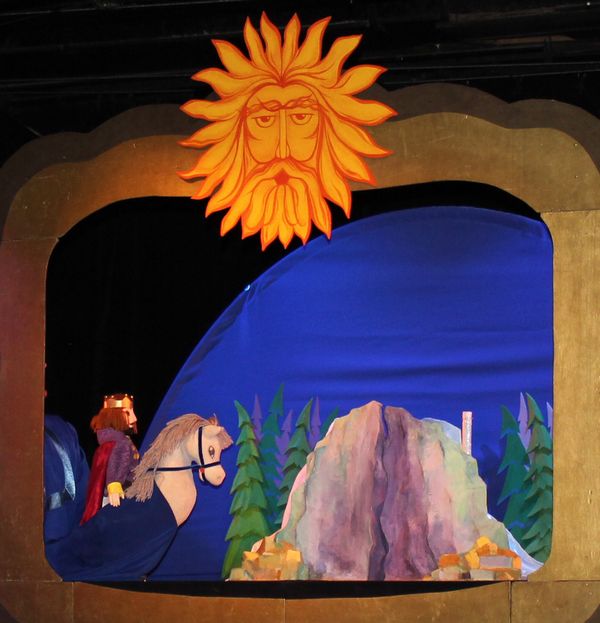 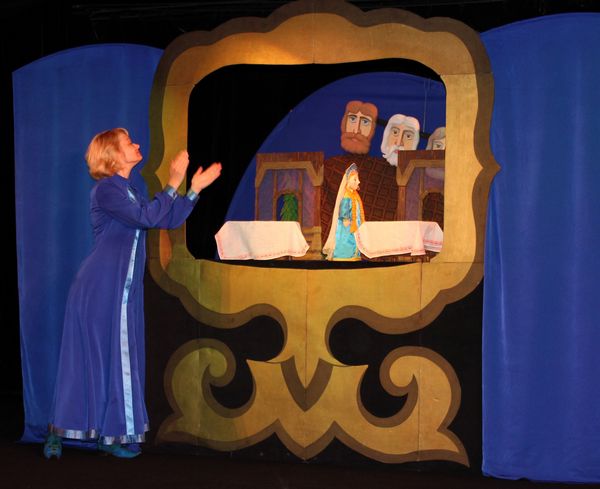 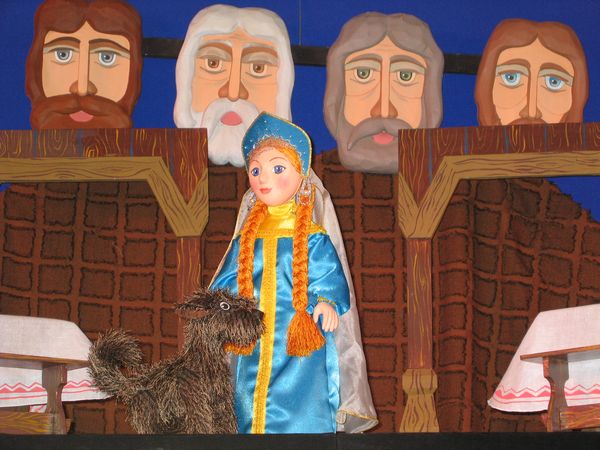