Last week, namely Friday Naberezhnye Chelny Puppet Theater participated in the festival "Snezhnost" in Almetyevsk, Republic of Tatarstan. This project was organized by one of the largest enterprises in the city Chelyabinsk and city administration of Almetyevsk. The first children's charity theater festival "Snezhnost" took place from 15 to 17 December 2011 in the hall of Almetyevsk Drama Theatre.

The idea of the festival is to enable children from socially unprotected groups of population (children's homes, single-parent families and large ones) to join the art, beauty, harmony, get a piece of warmth, care and attention of adults, which they so lack in ordinary life.

This year's theme of the festival is "Favorite fairy tales." On the stage of Almetyevsk Drama Theater children saw the best performances - "My favorite cat" by Kuklatchev`s Moscow Cats Theatre and "Aisylu from the village Kyrlay" by Kazan Puppet Theatre and among them the performance of Naberezhnye Chelny Puppet Theatre.

On the big stage of Almetyevsk Drama Theatre it was entrusted to Chelny puppeteers to open the festival. The Theatre brought the play by Zoe Alegrina`s "Little Red Riding Hood and the Wolf" in the talented formulation of the main theater director, Honored Artist of the Republic of Tatarstan, Igor Kluyev.

The play is interesting because special parquet dolls were created for this play. They are puppets, whose hands and feet are controlled by an actor. Artist of the play is Alexei Mitrofanov, Honored Artist of the Republic of Tatarstan and the main artist of the theater.

The relationships between mother and daughter by actresses Minzariya Tuktarova and Eva Mingazheva are filled with realism, humor and enthusiasm at the same time. The staging is replete with musical works from the repertoire of Joe Dassin, Edith Piaf, which gives a special charm and turns a play into a musical.

A few words about men's roles productions… Igor Kluyev, Eduard Gurlev and Egor Mitrofanov are among them. Wolf performed by I. Kluyev hunts for Little Red Riding Hood not to eat her, but only because the girl has the basket with cabbage pies. Woodcutters performed by E.Gurlev and E. Mitrofanov are not cruel, but quite fair and peaceful characters, which allows to lead the tail to a nontrivial ending.

For their participation in a charity festival "Snezhnost" actors brought the symbol of the festival - charming snowman and gratitude with the following words: "for the spiritual care and presented an unforgettable meeting with the wonderful world of theater to a small audience."

The festival is planned to be organized before each New Year. 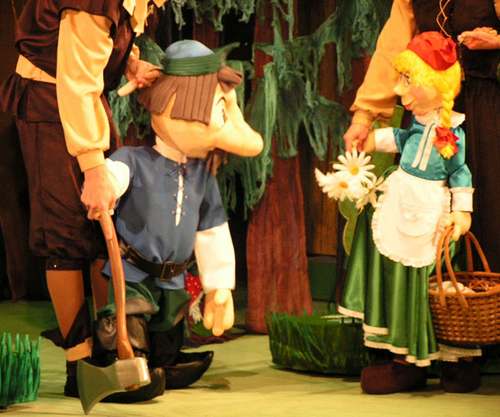 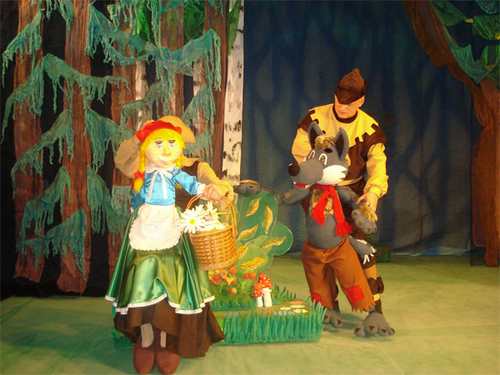