It should be recalled, that in autumn 2015 Naberezhnye Chelny State Puppet Theatere won Grant of the Union of theatrical figures of the Republic of Tatarstan and because of it the theater-goers have been able to prepare a long-awaited performance on the Tatar language based on the famous legend "Sak-Sok". The premiere is planned in autumn 2016. The storyline of the play will allow affecting the topic of loneliness, difficult relationships of adult and child, the relevance and value of moral and ethical standards in the modern world. Ilgiz Zayniev, young, talented director of Tatar State Academic Theater of G. Kamal has already started working on production of the play. 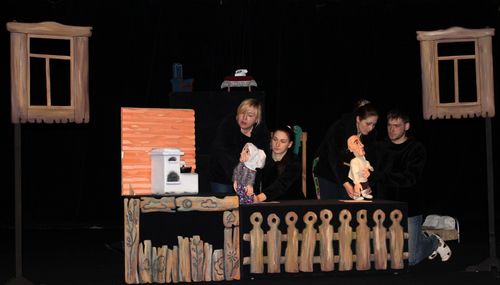