The number of acts: One
Duration of the performance: 40 minutes with intermission

Performance "Petrushka in the war" describes memories of the stories about the Great Patriotic War, which were told by a grandfather to his grandson. Traditional style of folding screen performance, which is associated with fairs and farce, does not prevent telling quite serious information about the major milestones of people's war and the mood of the simple soldier Petrushka.
Despite the serious theme, performance is musical; it abounds with jokes and comic situations. It is equally well can be perceived by children and adults, which, in fact, corresponds to the definition of screen farcical conception as a "performance for the general public." 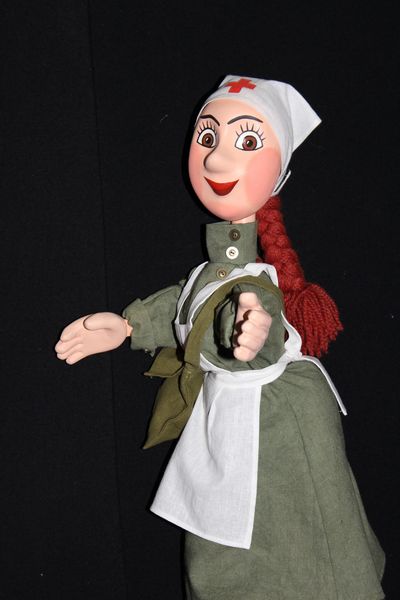 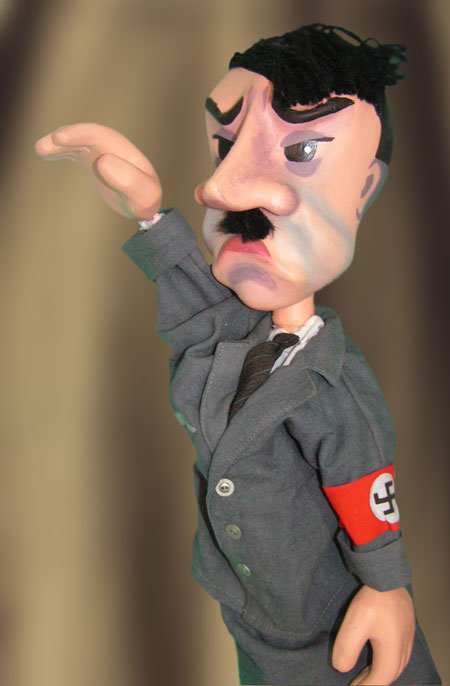 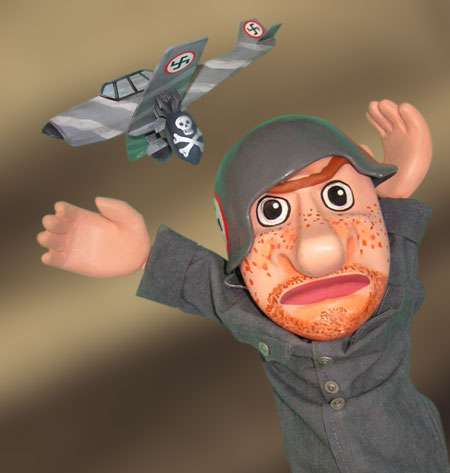 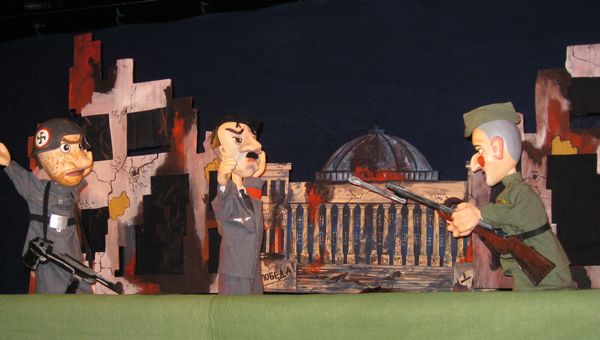 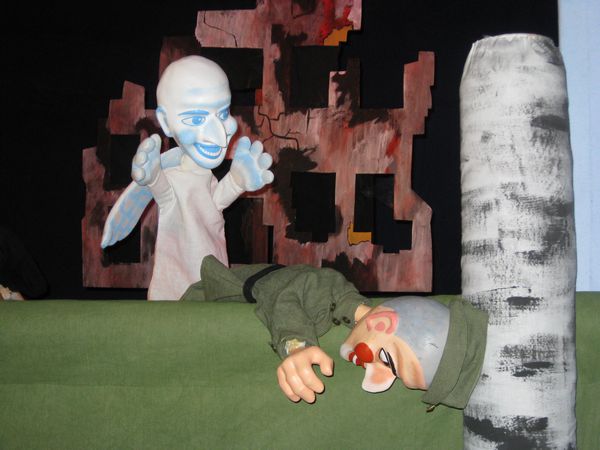 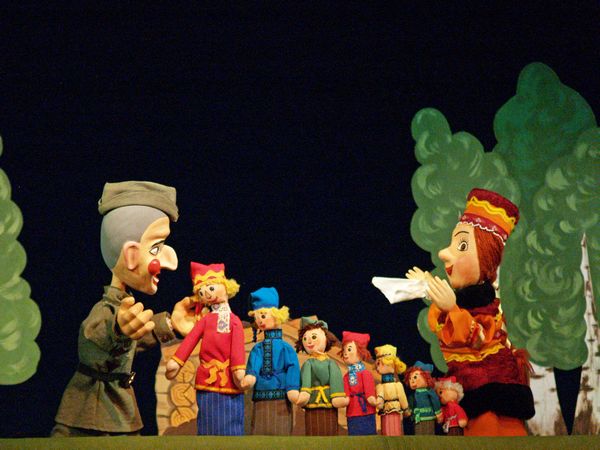