The onset of autumn the artists of Naberezhnye Chelny State Puppet Theatre traditionally mark by tour and festival trips. In the new theatrical season schedule of the troupe, is full, as always. The artists will be noticed not only in the cities of Russia, but also abroad.

So, from 11 to 13 of September the team successfully toured in Ufa, where on the stage of Bashkir State Puppet Theatre were presentedits best performances for the kids: "Mom for mammoth" based on the play written by D. Nepomnyaschaya and "Winnie-the-Pooh and all-all-all "based on the famous A. Miln`sfairy tale. In 28 and 29 September the artists go on tour in the capital of the Republic - Kazan, where they will present one of the novelties of last season, the piece "Hello monkey" In addition, in the October 11 performance will be shown to northern audiences at the III Inter-regional Festival of Puppet Theatres "Visiting of Moydys». It will take place in Syktyvkar (Komi Republic).

Artists again on the move, this time the way of the theater is to Aktobe (Kazakhstan) where from 21 to 25 September, the team will participate in the IV International Festival of Puppet Theatres "Assalaumagaleykum", presenting to the audience the play "Thumbelina". Staging has earned many awards at various theater festivals. "Thumbelina" will be demonstrated and on the I All-Russian Festival of Puppet Theatres "Visiting Ole Lukkoye" which will be held from 10 to 15 November in the city of Yoshkar-Ola (Mari El Republic)/

The tour continues, and from 14 to 18 October Chelny puppet masters will be again in Cheboksary (Chuvashia) with one of the latest productions of the theater "Who says «Mayo»?», based on the stories of children's writer V. Suteev. The second time theatre will take part in the new formattheater festival for special audiences "We do not need to be the same" where will present an innovative audio-tactileperformance for the blind and visually impaired children "Hedgehog and fog."

Among other events in November tour to the neighboring cities in the route of the theater: Izhevsk, Saransk, and Ulyanovsk remain unchanged.

However, neither festivals no touring doesn`t prevent artists to meet their favorite audience in their hometown in new 29th theatrical season, which will be opened in October 23, 2015 at 18.00 with the premiere performance "Bruin`s cone" based on a staging of the famous children's playwright Yefim Chepovetskiy .

Every Friday at 18:00, Saturday at 11.00 and Sunday at 10.00, 12.00, 14.00 Puppet Theatre actors waiting for their young audience in the theater of dolls at the same address: 18/09 (bus stop "Puppet Theatre") and on weekdays actors traditionally continue to work for kindergartens and schools. 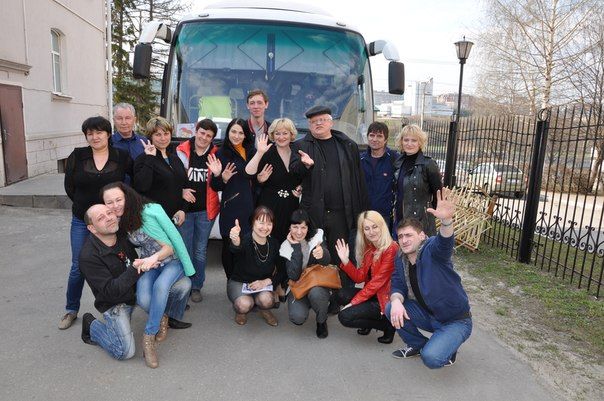