Performance is based on a Caucasian tale which is prepared by the theater under the guidance of talented director Mikhail Uritsky, who is from Kiev. Set design of a play traditionally is managed and completed by Chief artist of the theatre - Alexey Mitrofanov.

"One and a half handfuls"- is a sincere and kind theatrical performance about a little fluffy Lamb, who has decided to go on an independent journey to his family home in search of salt, that his mother Sheep, is in such a need of, in order to get well. The lamb though is quite small, but bravely went on his way, singing, almost as a song, cherished words said as parting words by his mother : "One and a half handfuls, one and a half handfuls, handful one and a half....". In this uneasy journey, the Lamb will have encoutners with a Cock, that sows grain, a Hare, that lost her little baby hare, a Pig-fiancee; a Wolf that getting in a trap, that was set up by a Fox on a hunt for pigeons.... And each of the casual meetings will teach the Lamb the exact correct words that need to be told people around in one or another situation, be that in sadness or happyness, as partying words or words of encouragment... A lot of new and interesting things the Lamb has come across and learned along the way, and, finally, has reached the family home and has forgotten those main and necessary words that were told by his mother at the start of his journey... What should the Lamb do, how to remember what did his mother send him to get? Only you, our dear little viwers, are able to help him! 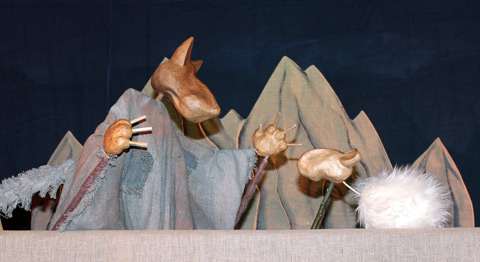 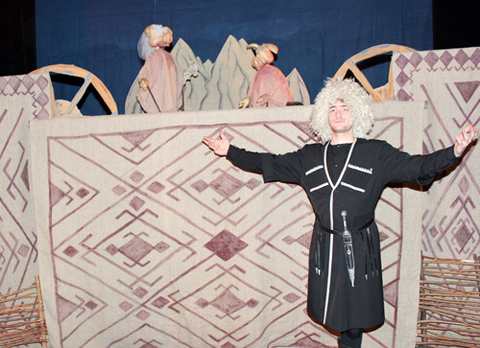 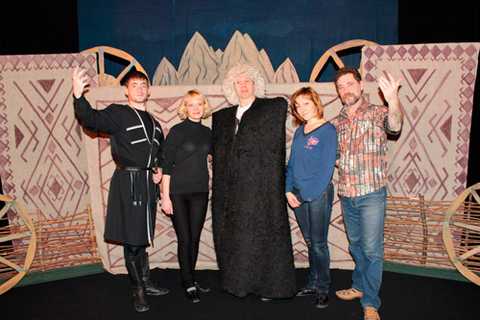