Story about Cinderella is retold by each author in his own way. Numerous theatrical productions have already been performed, filmed, written and repeatedly put ballet with music by Prokofiev, and the plot still attracts actors, directors, artists, composers and audiences. There are such fairy tales, the story and characters never become out of date and they are friends with each generation of children and adults. In the puppet theater a new Cinderella was born by the main artist Alexei Mitrofanov.

Performance “Cinderella” is a theatrical fantasy directed by Mikhail Loginov based on the play of E.Shwartz for children from 6 years old and their parents. Staging is very musical and will appeal to both children and adults. The action begins with a dispute about the artists who will get a role. Why will just she be Cinderella, and someone will get the role of pumpkin? And who will only represent the steps behind the scenes? Well, just like in life. To many adults the initial stage setting will remind the real situation. The mass of dirty housework fell to poor stepdaughter’s share instead of the ball, but the fairy godmother did not leave a hardworking Cinderella in trouble and sent her to the ball where Cinderella met Prince. Next morning after the ball, Cinderella helped her stepsisters try glass shoe on, but ... In true fairy tales justice, goodness, and beauty always win. How the fairy tale will end, the audience will know if you drop in the puppet theater. 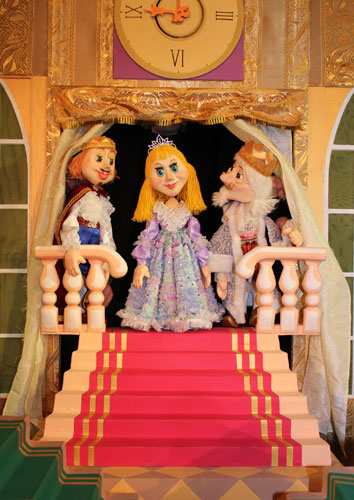 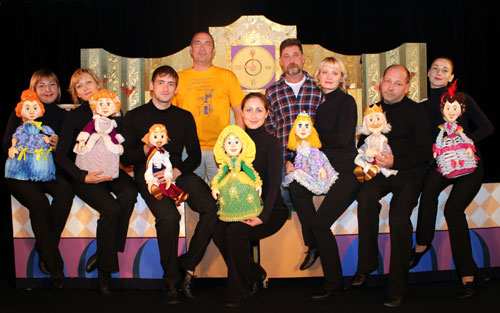