Let’s lift the veil of secrecy from festival life and tell you that in the non-competitive program of the 4th International Festival of Puppet Theatres "Workhorse 2014", held in this May, Chelny puppeteers presented to colleagues audio-tactile 5 D show for the blind and visually impaired children "Hedgehog and Fog" by Carolina Zhernite. A play about the life of the Hedgehog, Hares, Squirrel and Bear in contaminated household waste forest; a serious story, simply and softly-softly told by glove puppets.

Premiere of an unusual performance took place in a correctional school in April 2014. The kids were thrilled!

Udmurt puppeteers got very interested in the experience of colleagues from Chelny and that within a Decade of People with Disabilities and the World Day of the Blind, Chelny puppeteers will show "Hedgehog and Fog" in the capital of Udmurtia. Of course, this performance is a charity and is intended to draw attention to the problems of people with disabilities.

As young and talented actors of the theater, such as Elena Golobokova, Rima Mitrofanova, Egor Mitrofanov so actors with experience who have worked in the theater for over 10 years, such as Eva Mingazheva, Tatiana and Salikhova and the Eduard Gurlev are involved in this play. A full synchronization of movements is necessary from all of them, on the eve and on the day of the play it is strictly forbidden to smoke, eat food with a pungent odor, use perfume. For participation in the performance it is necessary emotional maturity, tact and ability to take people as they are. Pity is not acceptable, because it is necessary to build acting in such way not to hurt sensitive hearts of particular audience. Everyone believes that a truly blind only one who has a blind soul...

In its own city theater plans to show the play “Hedgehog and Fog" in December 2014. 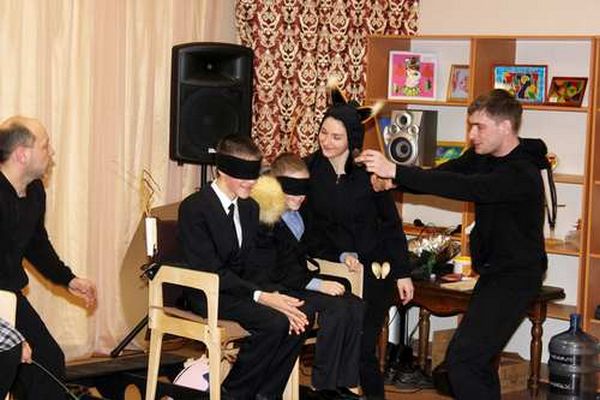 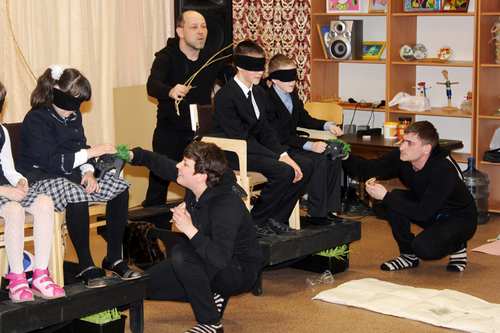 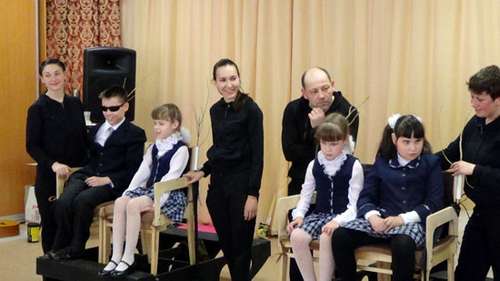