Immediately after the New Year campaign Puppet Theater prepared a surprise for the faithful fans and those who are already old enough to be the first time in this fairy tale.

Starting from February 2015 Puppet Theatre will show the performance for the audience from 3 to 6 years and their parents on Friday evenings. Theater project "Fairy Tale in modern times" is intended to draw attention to the problem of the organization of children's leisure and offer an alternative to attending Sunday Puppet Theater. Before, the puppet theater performances were on Sundays at 10.00, 12.00 and 14.00, but due to the high demand for performances for the little ones, it was decided to offer for busy moms and dads to choose the time for family viewing of puppet shows.

A distinctive feature of the project is that Friday's performance will not be repeated in the Sunday program. You can still come to the theater both on Sunday and even further by 18.00 on Friday, because the performances will not be repeated. As you know, the sooner we begin to rest on Friday, the longer our weekends become. The only "but" perhaps always concerning Puppet Theater in our young city: you will have to take care about purchasing tickets for Friday's performances in advance, starting from January 2015.

On Sunday performances regular audience of the theater has already seen ads on a large easel with a request to vote and leave your wishes about Friday play.

If the audience is active in expression of its opinion and visiting of Friday performances, Puppet Theatre will make a good tradition Friday evening performance for family viewing.

The first performance of the new project will be held on February 6, 2015 at 18:00, it will remain a secret what play it will be. 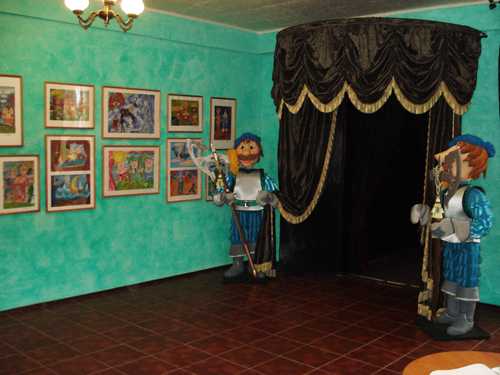