On December 21, 2014 New Year campaign of Naberezhnye Chelny State Puppet Theatre will start, which will last until January 7, 2014.

In the new season, the actors will delight kids doubly, showing not only the traditional performance around the New Year Tree, but also a wonderful New Year's fairy story - the play "New Year Tree was born in the forest" on the play by Zoya Alegrina from director Igor Klyuev.

Each year during the New Year holidays theater immerses in a magical winter fairy tale, for the New Year is the most joyful, wonderful and magical holiday all over the world, and equally loved by adults and children. New Year Tree will welcome its guests traditionally with merry round dance, colored lights and, of course, games, dance contests and giveaways. Including in the hall of the theater kids will find a fascinating play "New Year Tree was born in the forest", the heroes of which look forward to meeting with their audience. Wretch Fox combs its fluffy tail, Snowman corrects its round hips, and Blizzard dresses in clothes decorated with crystals of ice. Classic screen play will give pleasure to all generations of audience by atmosphere of miracles and magic on the stage. "New Year journey by tales" as a New Year's performance around the New Year Tree will allow all guests to get free, to feel involved in a New Year's miracle and certainly help the Snow Maiden and the Keeper of Tales to find Father Frost. Stubborn Goat of coming in 2015 will interfere slightly into the plans of heroes.

This New Year in the Puppet Theater promises to be one of the most vivid, memorable, exciting and thrilling events in the life of your child.

At the end of the event, as always, the kids will get a surprise from Father Frost and sweet gift to each child.

Also at the end of the event, children will be able to take pictures with Father Frost and Snow Maiden and other heroes of the fabulous performance. The program of activities (performance + performance round the New Year Tree) lasts 1.5 hours. The price of the ticket, regardless of age (child, adult) is 300 rubles. 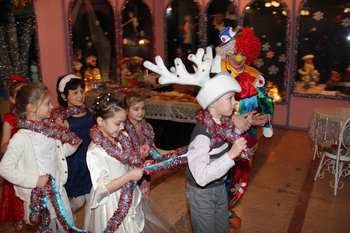 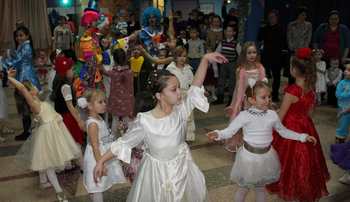 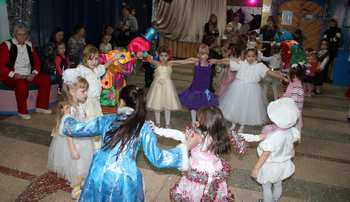 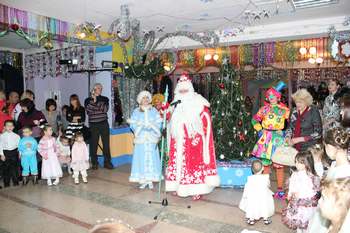